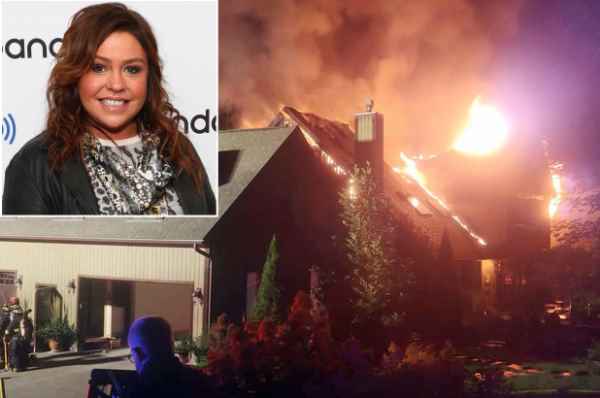 Rachael Ray’s house burns down because of a chimney Fire.

It is terrible too here that this or any other house fire occurred, because of a chimney fire. Chimney fires are preventable and we have been trying to spread the word about proper maintenance and use for your fireplace chimney in New Jersey for over 30 years. So, how what causes a chimney fire to start?

Chimney fires need both fuel and air to start.

Fuel, what fuel does a chimney fire need to get started, it Creosote. Creosote is a by product of smoke. The more your fire contain smoke, the more creosote will build up in your chimney.

When you burn wood , your goal is to burn them as completely as possible. However, if the airflow to your fire isn’t adequate, it essentially starves the fire – leading to incomplete combustion. Also the moisture content of the wood is very important, as the wetter the wood, the more it smokes. Chimney systems are designed to move the smoke up and out as fast as possible, the residence time the smoke has inside your chimney, the worst it can be. Creosote is a by product of smoke so as it builds up inside your chimney and cools, chemical reactions occur. Smoke cools as it rises, and ultimately condenses with water and other chemicals on the interior of your chimney and flue. This residue is called creosote.

Creosote in your chimney has three different stages:

Stage 1 – Creosote begins as a loose, flaky deposit that can be easily brushed away.

Stage 2 – Then it turns into a tar-like deposit which can be difficult to remove, often requiring specialized brushes or scrapers.

Stage 3 – The creosote becomes hardened and is much more difficult to remove. At this stage, it will also begin to drip like candle wax when it reaches a high enough temperature.

What most likely occurred in Rachael Ray’s home, was that she had stage 3 creosote build up in her chimney that was not detected and eventually ignited and caught on fire. Chimney fires burn extremely hot and produce many embers or sparks, these sparks easily spread over the roof area and can cause the fire to expand out of the chimney.

So what steps can you take to prevent a chimney fire in your home?

For more information and some safety tips: https://dryerventcleaningnewjersey.com/chimney-cleaning/ 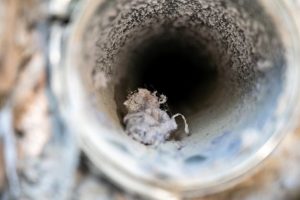 Apex is the number one service provider for dryer vent cleaning in Toms River, NJ.  If you own or rent

Facebook Linkedin
Menu
We use cookies to ensure that we give you the best experience on our website. If you continue to use this site we will assume that you are happy with it.Ok